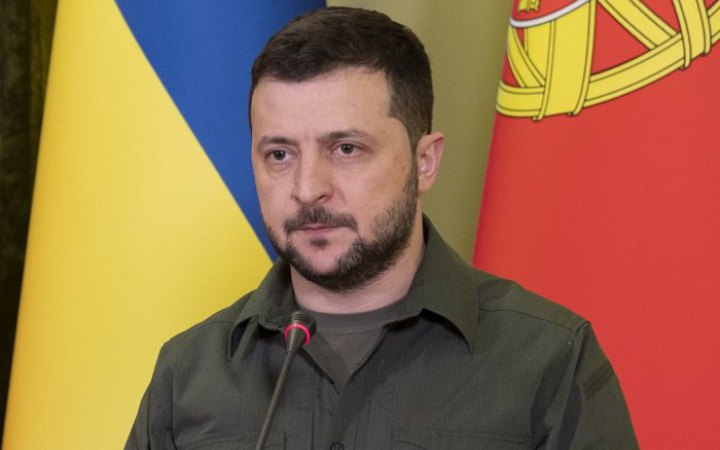 The President of Ukraine has no confidence that China will push russia to the end of the war.

Volodymyr Zelenskyy said this during the Ukrainian breakfast discussion in Davos, in which he participated in the online format.

"I think China has chosen the policy of being on the sidelines. At the moment, I think Ukraine is satisfied with this policy. It is better than helping the russian federation. And I would like to believe that behind the back China will not pursue a different policy," he said.

Zelenskyy believes that Ukraine is satisfied with the status quo.

"I don't see any steps that China would make against Ukraine. Unfortunately, I don't see support, and it's not a question of just myself - our society doesn't see it. Although there is a pretty good and long history between our countries. I would like to have an advantage compared to russia in these relations," he stressed.

The president believes that the United States can influence China.

As a reminder, the families of Mariupol defenders who remained at Azovstal called on Chinese leader Xi Jinping to influence russia to allow extraction - the removal of military personnel to a third country to stay there until the end of the war.

However, our soldiers were evacuated by a different procedure. The defenders remained at the plant until they received orders to stop defending the city and keep the fighters alive. The preliminary order - to draw back the russian forces and allow the Ukrainian army to regroup, train more personnel, and obtain large quantities of weapons from partner countries - was also carried out by the fighters. Soldiers of the Azov regiment, marines of the 36th Brigade, border guards, and law enforcement officers remained at the plant. Thanks to their defense, the relocation of about 20,000 enemy personnel was prevented. Thus, the russian federation failed to quickly capture Zaporizhzhia and create conditions for encircling the Joint Forces.

On May 16, MID, UAF, the National Guard, and the Border Guard jointly launched an operation to rescue Mariupol defenders besieged on the territory of Azovstal Iron and Steel Works. The commanders were the last to leave the territory of Azovstal. The fighters were taken to the temporarily occupied territories. Fifty-three seriously wounded were evacuated to a medical facility in occupied Novoazovsk for medical care, and another 211 were taken to occupied Olenivka through the humanitarian corridor. An exchange procedure will be carried out for their further return home. The State Duma has already begun to say that it may prohibit the exchange. According to Deputy Minister of Defense Hanna Malyar, there was no other formula for saving the fighters than the one that had been applied. It is planned to exchange our severely wounded servicemen after their state is stabilized.