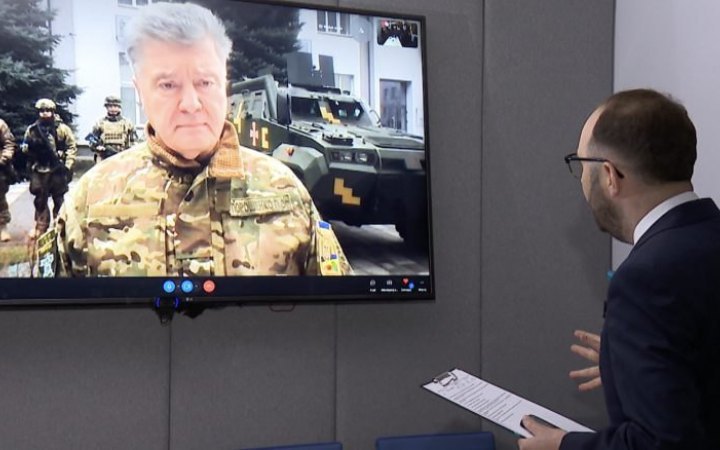 The fifth President of Ukraine, member of the parliament Petro Poroshenko on the air of the British TV channel Sky News called on international companies to leave russian market. He emphasized that all the money received by the russian state budget is spent on bombs and missiles to kill Ukrainians afterward, the "European Solidarity" press service reported.

"Everyone [all the companies – tr.] who stays in russia must understand that each penny spent in russia comes back to Ukraine as bombs and cruise missiles, as casualties and thousands of lives lost. Values are much more important than money. Therefore, if we don't maintain unity and solidarity with Ukraine regarding this crazy maniac putin, the war can knock at any country of the European Union next. Or maybe any country of the world at all," – Poroshenko stated.

"That's why all the business companies must leave russia, but even that will not be enough. It's necessary to arrange a blockade of russian exports. With an embargo on russian oil, russian gas, russian coal, russian wood, an embargo on the engineering goods, we should ensure incredible, hellish pressure on Putin – to force him to withdraw russian forces from the Ukrainian territory. To stop murdering Ukrainian women, Ukrainian children, and elderly people. To stop this war," – the fifth President stressed.