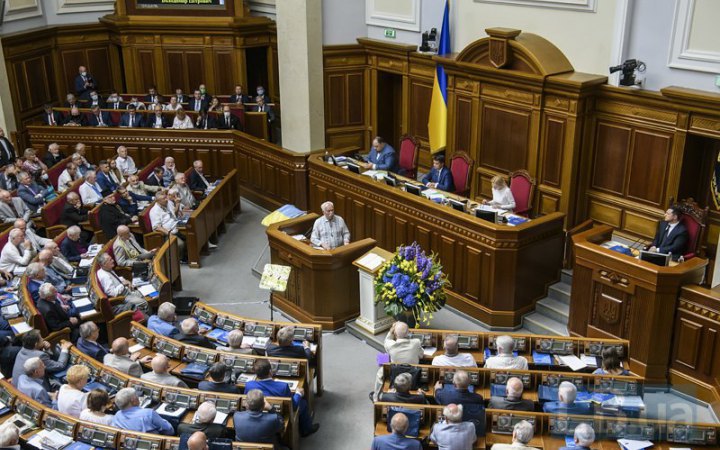 At its regular session on 22 May, the parliament of Ukraine voted to denounce the agreements with the member states of the Commonwealth of Independent States.

This was announced on Telegram by the chairman of the “Servant of the People” party Olena Shulyak.

In particular, according to her, it is the termination of the following agreements:

0074 - Law on withdrawal from the Agreement on Cooperation of the Member States of the Commonwealth of Independent States in Combating Illegal Migration;

0084 - Law on Ukraine's withdrawal from the Agreement on the Common Agrarian Market of the Member States of the Commonwealth of Independent States;

0145 - Draft Law on Withdrawal from the Agreement on Perpetuation of the Memory of Courage and Heroism of the Peoples of the CIS Member States in the Great Patriotic War of 1941-1945;

0150 - Law on Ratification of the Guarantee Agreement (Project “Ukraine - Increasing the stability of the energy system for European integration of the power grid” (Installation of hybrid systems for electricity production in PJSC “Ukrhydroenergo”).

At the same time, the People's Deputy of the Voice faction Yaroslav Zheleznyak added:

“There is now no agreement between Ukraine and russia to avoid double taxation. 292 people voted for its denunciation. This is another blow to economic relations with russia. Now the income received in the aggressor country will be taxed in Ukraine as well,” he explained.

Also, at its sitting on 21 May, the Verkhovna Rada voted in favor of the law approving the Decree of the President of Ukraine on the extension of martial law until 23 August. Then the people's deputies voted to continue the general mobilization until 23 August.