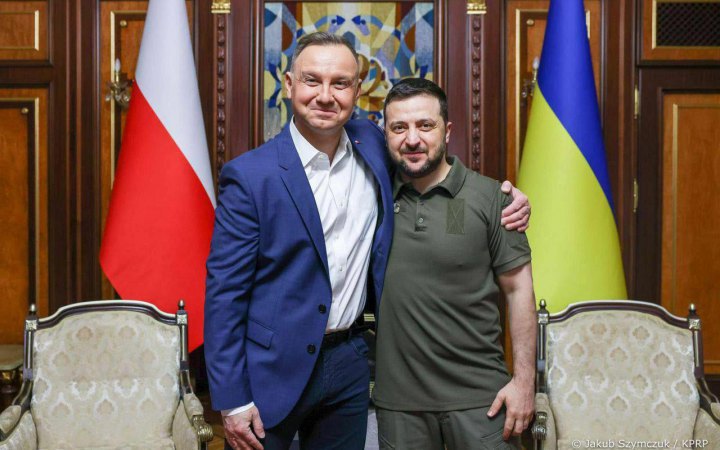 The line of cooperation - Ukraine - Poland, Ukraine - Great Britain was very effective and stays as such during this war.

The President of Ukraine, Volodymyr Zelenskyy, stated this in his video address today.

"First, on 3 May 2022, the Prime Minister of the United Kingdom Boris Johnson addressed our Parliament online. And today, the President of Poland did so personally. And, by the way, this line of cooperation - Ukraine - Poland, Ukraine - Great Britain was very effective and stays as such during this war, "- says the statement.

Zelenskyy noted that Ukrainian-Polish relations are finally based on a completely pure, sincere ground, without quarrels and the old conflict legacy.

"It is an achievement—the historical achievement of our peoples. And I want the brotherhood between Ukrainians and Poles to be preserved forever. As I said this today in front of the Parliament members: that our unity, the unity of Ukrainian and Polish people, stays a constant value that no one will violate, "- added the President of Ukraine.

On 22 May 202, the President of Poland, Andrzej Duda, addressed the Parliament of Ukraine.

The President of Ukraine, Volodymyr Zelenskyy, supported Duda's initiative to sign a new agreement on neighborliness to help preserve warm relations between the peoples of the two countries.