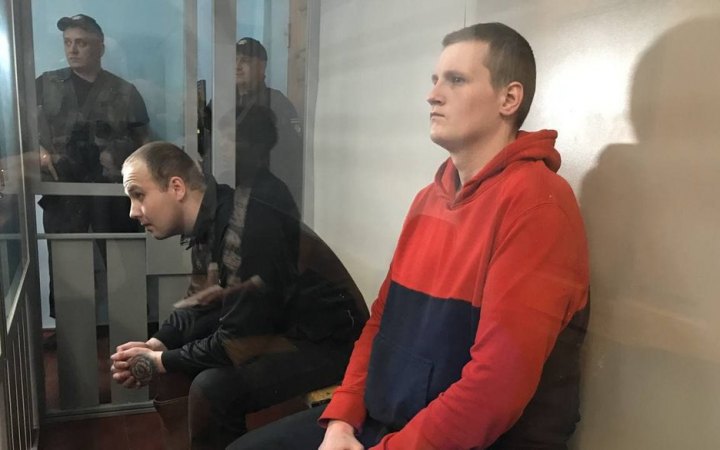 On May 31, the Kotelevsky District Court of the Poltava region announced the sentence of russian servicemen Alexander Bobykin and Alexander Ivanov. They were sentenced to 11 years and 6 months in prison each.

This is reported by Suspilne.

Alexander Bobikin and Alexander Ivanov are accused of violating the laws and customs of war. According to investigators, they regulated fire and shelled civilian areas of the Kharkiv region. Both pleaded guilty.

The prosecutor's office asked for a 12-year imprisonment sentence for the accused. Their lawyers have been petitioning for a lesser sentence.

The sentence of the defendants was imposed by Yevgeny Bolybok, judge of the Kotelevsky District Court.

Russian servicemen Aleksandr Ivanov and Aleksandr Bobykin were hiding in the Kharkiv region after a convoy of their equipment was defeated by the Armed Forces of Ukraine. Both surrendered to the Ukrainian army. Bobykin is a soldier, driver of a Grad combat vehicle, and Ivanov is a lance-corporal, gunner of the Grad.

They are accused of committing a crime under part one of the article "Violation of laws and customs of war" of the Criminal Code of Ukraine. This provides for up to 12 years of imprisonment.

The case was submitted to the court in early May 2022. According to the investigation, the defendants shelled the settlement of Kozacha Lopan and the town of Derhachi in the Kharkiv region. Then they destroyed residential buildings and infrastructure.

The Bobykin and Ivanov case is the second verdict against the occupants since the beginning of russia's full-scale invasion.

On May 23, the Solomiansky District Court in Kyiv sentenced russian serviceman Vadim Shishimarin to life imprisonment for violating the laws and customs of war, involving the premeditated murder of Ukrainian civilian Oleksandr Shepilov.