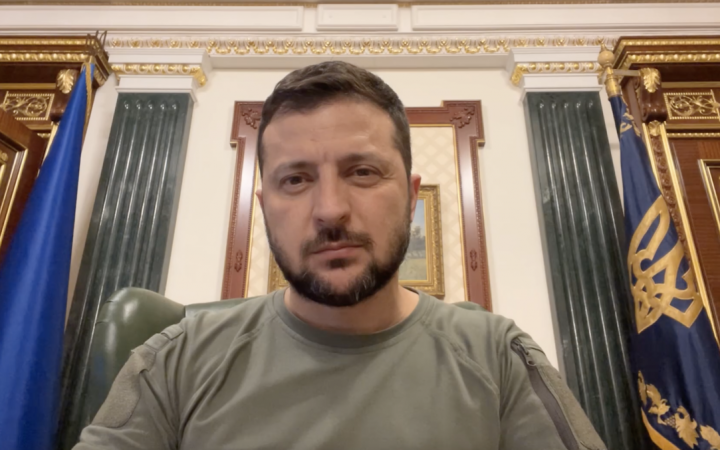 Ukraine will not forget that the Russian war began with the occupation of Crimea, President Volodymyr Zelenskyy said in his evening speech.

"This Russian war against Ukraine and against the entire free Europe began with Crimea and must end with Crimea - with its liberation. Today it is impossible to say when this will happen. But we are constantly adding the necessary components to the formula of liberation of Crimea," he said, referring to the Crimea Platform initiative.

He accused Russia of turning "our peninsula, which has always been and will be one of the best places in Europe, into one of the most dangerous places in Europe. Russia brought large-scale repression, environmental problems, economic hopelessness and war to Crimea."

"We are preparing new solutions for the protection and assistance in the realization of the rights of the indigenous peoples of Ukraine. We are also preparing programmes for the economic recovery of our Crimea after its liberation from the occupiers," Zelensky said.

He urged support for the Armed Forces, intelligence and "everyone who is fighting to liberate our land and repel the Russian colonial invasion".

"From Kharkiv Region to Kherson, from Donetsk to Enerhodar, from Stanytsya Luhanska to Yalta, from Berdyansk to Novofedorivka - these are all parts of our country, this is Ukraine, which will be completely free," he concluded.