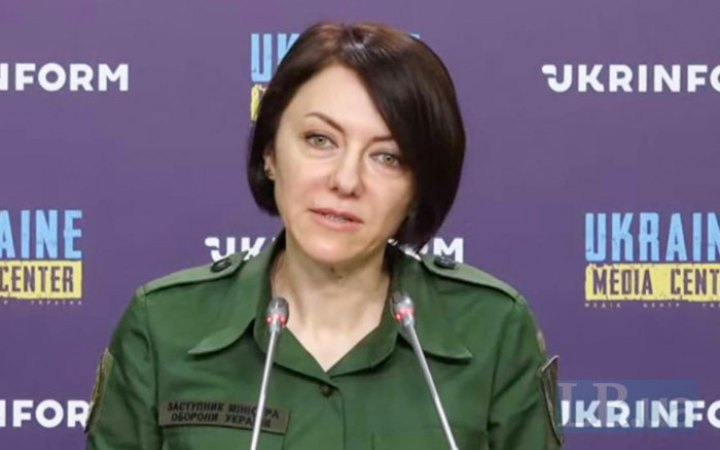 The Ukrainian Defence Ministry cannot establish the reasons for the explosions near the russian military airfield in Crimea, Deputy Defence Minister Hanna Malyar has said on Facebook.

"About the fire at the Saki airfield near the village of Novofedorivka in Crimea temporarily occupied by Russia. The Ministry of Defence of Ukraine cannot establish the cause of the fire, but once again reminds you about fire safety rules and the ban on smoking in improper places," she said.

According to Malyar, Russia may use the fire in its information war against Ukraine.

"We do not rule out that the occupiers will 'accidentally' find some characteristic 'chevron', 'business card' or even 'DNA'. Stay calm and trust the Armed Forces of Ukraine!" she added.

Explosions rocked Novofedorivka, where a military airfield is located, in occupied Crimea this afternoon. The Russian Defence Ministry said that no-one had shelled the airfield, it simply "experienced a detonation of ammunition".

Later, the occupiers reported one dead and five wounded.

The distance between the front line in Kherson and Mykolayiv regions and Novofedorivka in Crimea is about 200 km.