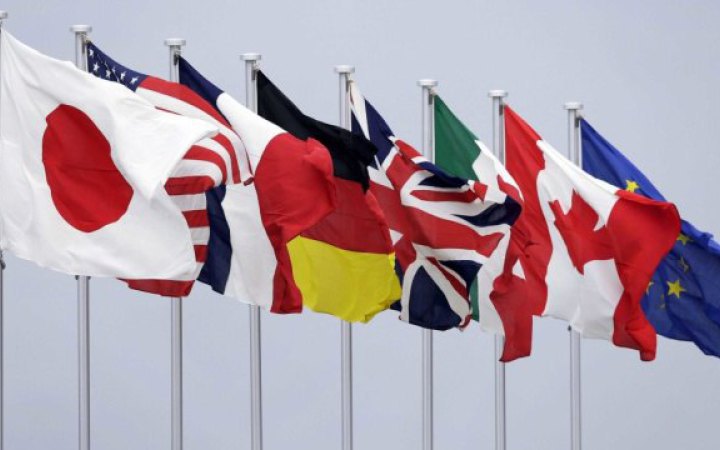 The G7 foreign ministers of Canada, France, Germany, Italy, Japan, the United Kingdom and the USA have issued a statement in which they demand that Russia immediately hand back full control to its rightful sovereign owner, Ukraine, of the Zaporizhzhya Nuclear Power Plant as well as of all nuclear facilities within Ukraine's internationally recognized borders to ensure their safe and secure operations.

"Ukrainian staff operating the Zaporizhzhya Nuclear Power Plant must be able to carry out their duties without threats or pressure. It is Russia’s continued control of the plant that endangers the region," the statement published on the German Foreign Ministry's website reads.

"We remain profoundly concerned by the serious threat that the seizure of Ukrainian nuclear facilities and other actions by Russian armed forces pose to the safety and security of these facilities, significantly raising the risk of a nuclear accident or incident and endangering the population of Ukraine, neighboring states and the international community. It also undermines the IAEA's ability to monitor Ukraine's peaceful nuclear activities for safeguarding purposes," the ministers said.