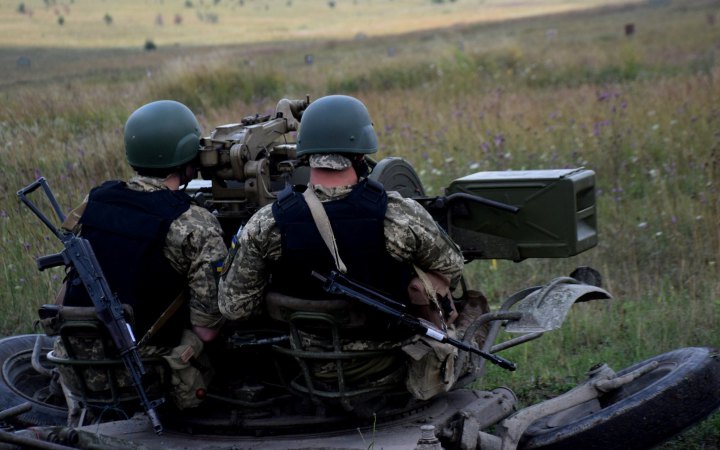 On the 169th day of the Russian war against Ukraine, the invading troops are concentrating their efforts on establishing full control over the territories of Luhansk and Donetsk regions, maintaining the temporarily captured areas of Kherson Region and parts of Kharkiv, Zaporizhzhya, and Mykolaiv regions, creating favorable conditions for resuming the offensive in certain directions, as well as blocking Ukraine's maritime communications in the Black Sea, the Ukrainian Armed Forces' General Staff said in its morning update.

The enemy continues to carry out air and missile strikes on military and civilian objects on the territory of our state.

The situation has not changed on the Volyn and Polissya directions. The units of the armed forces of the republic of belarus are performing the task of strengthening the protection of the section of the belarusian-Ukrainian border in the Brest and Gomel regions.

In the Siversky direction, the enemy fired barrel artillery at civilian and military infrastructure in the areas of Logy settlements of Chernihiv Region and Vorozhba, Mezenivka, Hrabovskoe and Slavhorod of Sumy Region.

In the Kharkiv direction, the enemy carried out fire damage near Udy, Petrivka, Protopopivka, Korobochkyne and Shevelivka.

In the Slovyansk direction, the enemy continued shelling from artillery and tanks near Karnaukhivka, Virnopilla, Bohorodychne, Mazanivka and others.

In the Kramatorsk direction, enemy used rocket artillery and tanks near Siversk, Verkhnokamyanske, Serebryanka, and Hryhorivka for fire damage. It led offensive actions near Hryhorivka and Verkhnokamyanske, was unsuccessful, withdrew. Fighting continues in the Ivano-Daryivka area.

In the direction of Bakhmut, the enemy fired at our troops from tanks and artillery near Bakhmut, Kostyantynivka, Pereizne, Vesele, Bakhmutske, Vesela Dolyna, Yakovlivka, Vershyna and Zaytsevw. Enemy carried out airstrikes near Vyimka, Spirne, Soledar, Bakhmut and Zaitseve.

The occupiers conducted reconnaissance by fighting near Yakovlivka. Our soldiers drove the invaders back. The enemy unsuccessfully conducted offensive and assault operations near Bakhmutske and Zaytseve. Enemy retreated with losses. Fighting continues in the areas of Vershyna and Dacha settlements.

In the Avdiyivka direction, the enemy carried out artillery fire near Maryinka, Vodyane, Netaylove, Avdiyivka, Pisky, Opytne and Krasnohorivka. Conducted an airstrike near Avdiivka. Conducts offensive operations in the directions of Maryinka and Piski, hostilities continue.

On the Novopavlivske and Zaporizhzhya directions, shelling from barrel and rocket artillery, tanks was recorded in the areas of the settlements of Novomykhailivka, Mala Tokmachka, Malynivka, Lukyanivske, Vuhledar, Novodanylivka, Vremivka, Bilohirya, Burlatske and Kushuhum. The occupiers used aviation near Novomykhailivka, Prechystivka and Zolota Nyva. They tried to advance near Pavlivka. Ukrainian soldiers resolutely suppressed these attempts.

In the South Buh direction, the enemy is concentrating its main efforts on holding the occupied positions and preventing the advance of our troops. Supports the high intensity of UAV reconnaissance.

The threat of missile strikes on military facilities and critical infrastructure facilities on the territory of Ukraine remains. We urge you not to ignore air warning signals.