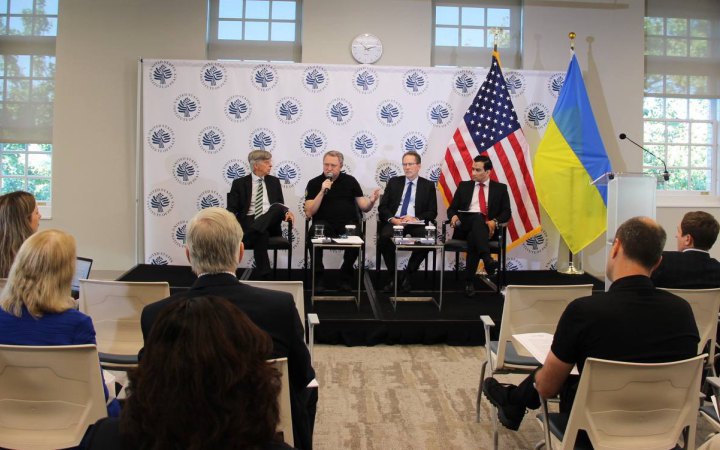 Prosecutor General Andriy Kostin, who is on a visit to the USA, considers the actions of the russian federation in Ukraine to be genocide - the press service of the Prosecutor General's Office referring to the statement of its head during the discussion “Russia's Actions in Ukraine and the Crime of Genocide”, organized by the United States Institute of Peace in Washington reports.

"The main question of the discussion is whether the actions of the russian federation in Ukraine can be qualified as genocide. My answer is yes. We are talking about the crime of genocide, along with the crime of aggression and war crimes," emphasized Andriy Kostin.

He added that the world sees how the aggressor deliberately targets civilians. In each liberated village or town, the same picture is revealed - hundreds of dead, tortured and beaten to death. Both in Bucha in March and now in Izyum.

"Hundreds of thousands of Ukrainians went through filtration camps and were deported to russia and Belarus. But the worst thing is that children are forcibly taken away, orphans are given russian citizenship. It will be extremely difficult to return them home because the russian authorities hide their previous biographies," the Prosecutor General stressed.

Andriy Kostin informed that more than 5500 deported children have already been identified. But the real figure is much higher. And this is also nothing but an act of genocide.

In addition, he called the issue of Ukraine's reconstruction and compensation to the victims of russian aggression a priority. The Prosecutor General noted that the Ukrainian side is interested in close cooperation with partners to find assets of sanctioned persons and criminals and develop a compensation mechanism.

"My message is simple: the rule of law must prevail over the rule of force. It is not only about Ukraine - Putin seeks to destroy the system of international law that operates throughout the world. Therefore, the establishment of the Tribunal for the top military and political leadership of the russian federation and prosecuting those responsible for war crimes and genocide of Ukrainians is our common task," Kostin said.

Today the Attorneys General of Ukraine and the United States signed a Memorandum of Understanding. Closer cooperation is aimed at identifying, apprehending and ensuring accountability of those involved in war crimes and other atrocities in Ukraine.