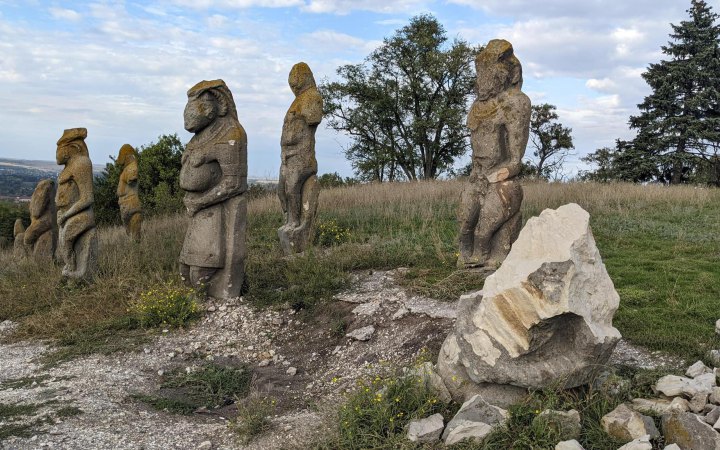 Russian invaders have broken a unique Cuman statue on the Kremenets Hill near Izyum in Kharkiv Region, Ukrainian Culture and Information Policy Minister Oleksandr Tkachenko has said on social media.

According to him, a Russian shell ruined one of the nine stone Cuman statues and a monument to World War Two heroes.

The remains are planned to be taken to Kharkiv.

As of June, according to UNESCO, 152 cultural sites, including 70 places of worship, 30 historical buildings, 18 cultural centres, 15 monuments, 12 museums and seven libraries, had been partially or completely destroyed by the fighting.