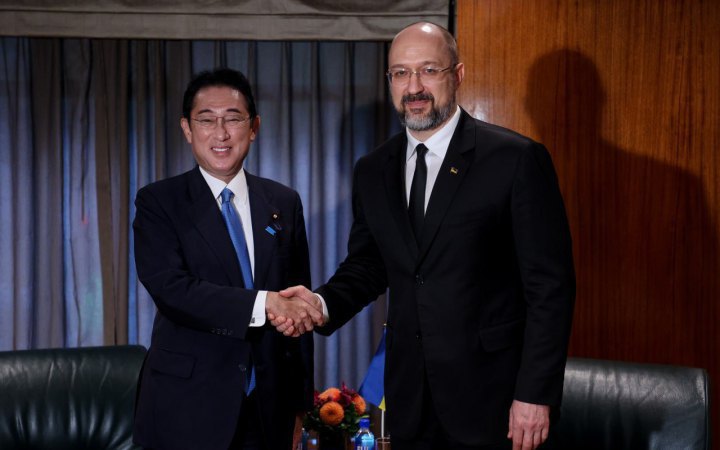 Shmyhal expressed gratitude to Japan for the financial, humanitarian and political support for Ukraine, which is fighting Russian aggression, as well as for participation in the Crimean platform.

"An important topic of our conversation was the safety of nuclear facilities. I told the prime minister about the situation at the Zaporizhzhya NPP and the shelling of the South Ukrainian NPP by Russia. We coordinated positions on the measures to demilitarize Zaporizhzhya NPP. We count on Japan's assistance in this issue at the G7 level," Shmyhal said.

The prime ministers also discussed the necessity of strengthening sanctions against Russia and the establishment of a tribunal to bring to justice the top leadership of the aggressor country for crimes against Ukrainians.

Kishida said that the Japanese embassy would return to Kyiv and fully resume its work.

He added that his country would continue to be a powerful advocate of Ukraine at G7 and the UN.