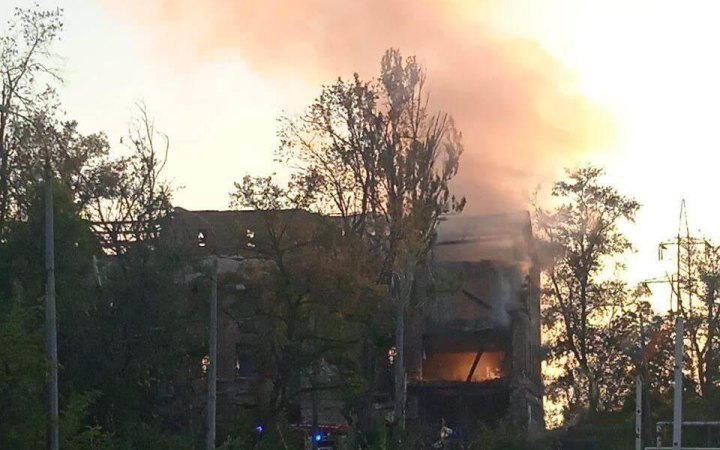 A shell detonated in school No 45 in Mariupol, causing a fire, the Mariupol city council has said.

According to the mayor's office, the detonation occurred when children went there. They were injured, their condition is unknown.

"Russia continues to kill our children. Such is the 'quality' of demining because they do not care about the safety of Mariupol residents. They do not consider them as people," the city council said.

Russian occupiers opened only five schools in Mariupol instead of the announced 16. The road to them was not demined.

Recently, Russian occupiers have removed the last copies of Ukrainian textbooks from the city schools.