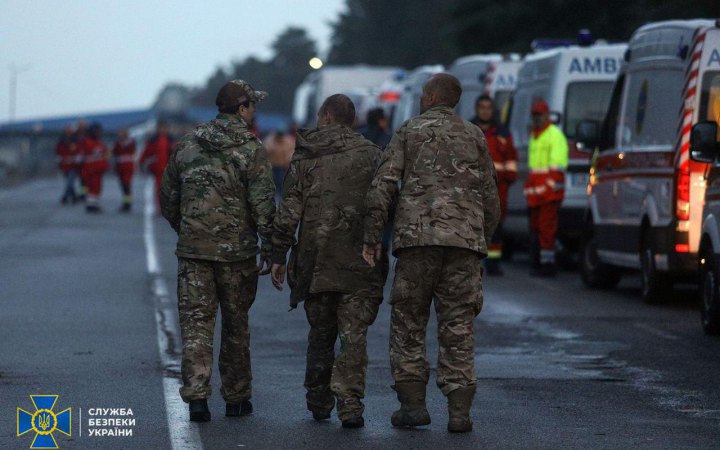 The military released from Russian captivity are in a shocking condition, almost all 215 people have an extreme degree of anorexia, the head of the Azov patronage service, Olena Tolkachova, has said, as quoted by Ukrayinska Pravda.

"The condition of our military is simply shocking. There are cases when relatives cannot recognize their relatives. Our guys are exhausted, shell-shocked, there are a lot of hidden fractures and exacerbations of various degrees of chronic diseases," she said.

According to her, all are now being provided with proper medical care, many are already undergoing treatment and recovery. Tolkachova added that the team of doctors is working as coordinated as possible to "not miss a single bruise or scratch".

Soon, the patronage service in cooperation with the state will send some of the defenders abroad for treatment and recovery.

Also, according to her, the state authorities are working to restore all the documents, bank cards, on which these people will be able to receive their salaries as soon as possible. Tolkachova noted that the liberated military thank the Main Intelligence Directorate, the General Staff, the Security Service of Ukraine and the presidential office for their release.

Following a large exchange of prisoners, which took place in several stages and in different locations, 215 people returned from Russian captivity. These are officers, commanders, Heroes of Ukraine, defenders of Azovstal, including pregnant women soldiers.

Paramedic Kateryna Polishchuk (call sign Ptashka (Birdie)), who was released from captivity, published her first post in the social network.