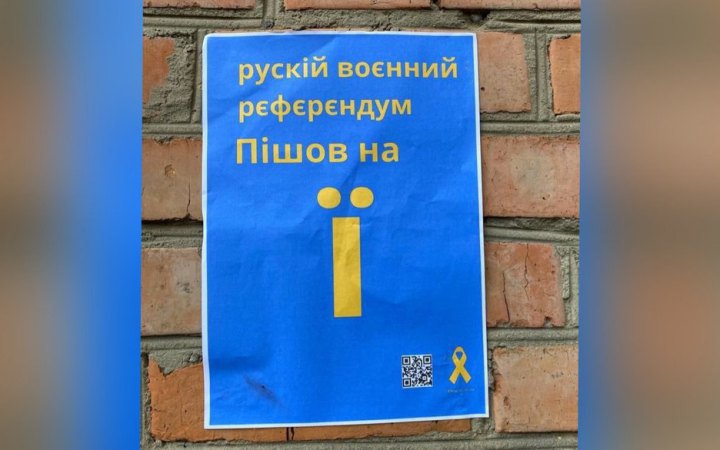 In Kherson Region, the occupiers are forcing people to "vote" twice and for all family members if they are not at home because of the empty polling stations of their pseudo-referendum on accession to Russia, the first deputy chairman of the Kherson regional council, Yuriy Sobolevskyy, has said on Telegram.

"The second day of the theatre of the absurd is underway in Kherson Region. Empty polling stations remain empty. 'Election commissions' accompanied by armed soldiers roam the region and continue to hunt for voters who are trying to avoid meeting with them by all means. Some people were unlucky twice already - they had to fill out a ballot and 'vote' for the second time," he said.

According to Sobolevskyy, the practice of family voting is used: if only one family member is found at home, he or she is forced to take several ballots and "vote" for all.

According to earlier reports, Russians brought people from Rostov region of the Russian Federation and temporarily occupied Crimea to vote in the pseudo-referendum in Kherson.