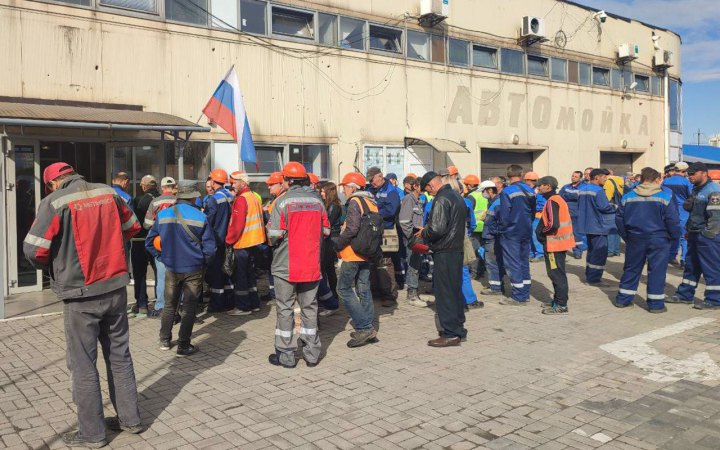 The pseudo-referendum on joining Russia, which is being held these days in occupied Mariupol, has an extremely low turnout, an adviser to Mariupol mayor, Petro Andryushchenko, has said on Telegram.

"Mariupol. At the moment. 'Referendum'. Last night, the occupying administration got a rebuke for the extremely low 'turnout'. Therefore, the morning began with forced voting. 'Mobile brigades' were waiting for workers at the workplace with the condition - vote or lose your job and salary," he said.

According to the adviser, several tents were set up in places of concentration of people, but even here there were few people willing to vote.

"In another propaganda video, you can see a 'crazy queue' of 10 people and empty transparent ballot boxes. A significant number of people took a cue and are busy actively avoiding voting, including simply leaving the city for the coast," he said.

The Security Service of Ukraine is already collecting data about the occupiers who are holding a pseudo-referendum in the occupied territories and about collaborators who help the enemy.

Russians also brought people from Rostov Region and temporarily occupied Crimea to vote at the pseudo-referendum in Kherson.

Russian invaders are holding a pseudo-referendum in Luhansk Region at gunpoint, and those who disagree are put on a separate list.