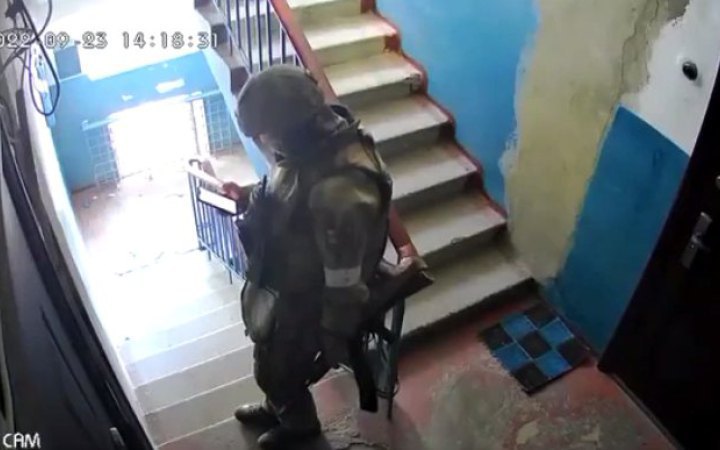 Armed Russian occupiers go from apartment to apartment in Enerhodar, Zaporizhzhya Region, to force people to take part in a sham referendum on joining Russia, exiled mayor Dmytro Orlov has said on Telegram.

"In the video, we see how three collaborators, accompanied by two armed soldiers, deliver the 'Russian world' directly to the apartments. Obviously, Ukrainian Enerhodar does not welcome such 'guests'. Empty streets. Locked apartments," he said.

According to him, information is already coming from those who were unlucky to meet with the "commission" in person. People say how an armed Russian soldier pointed at a piece of paper with the muzzle of an assault rifle and eloquently showed where to put a "tick".

Yesterday, Russia started pseudo-referendums on the temporarily occupied territories of Zaporizhzhya, Kherson, Luhansk and Donetsk regions on their illegal accession to its territory.

The Russians also brought people from Rostov Region and temporarily occupied Crimea to vote in the pseudo-referendum in Kherson.

In Luhansk Region, Russian invaders are holding a pseudo-referendum at gunpoint, and those who disagree are put on a separate list.