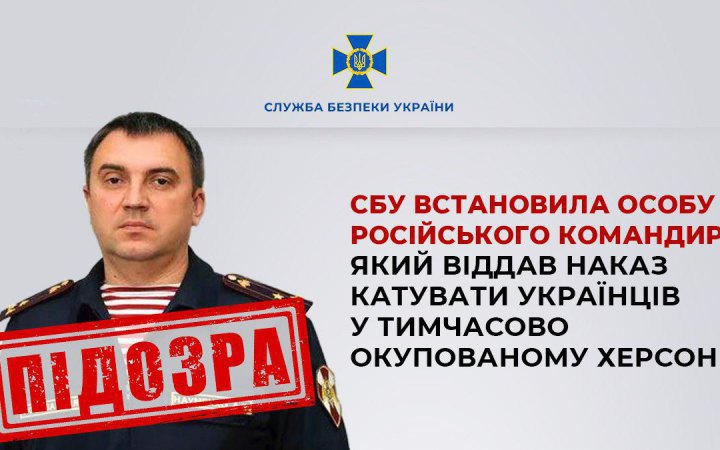 The Security Service of Ukraine (SBU) has identified the Russian commander who issued the orders to torture Ukrainians in temporarily occupied Kherson.

It is the deputy head of the Russian Guard directorate in Rostov Region, police Col Aleksandr Naumenko (call sign Alpha).

According to the SBU investigation, since March, Naumenko has been in charge of Russian Guard servicemen in temporarily occupied Kherson. Under his orders, illegal detentions and tortures of local residents, break-ins into their homes and seizure of property take place.

It has been established that he personally participated in the dispersal of peaceful rallies in Kherson. He gave orders to use stun grenades and tear gas against Ukrainian citizens. There were victims among Kherson residents.

In addition, on his instructions, the Russian military kidnapped two Ukrainians and brutally tortured them for several weeks. They tried to extract from them information about the Ukrainian Armed Forces and their deployment, as well as persuade them to cooperate with the occupiers.

Currently, Col Naumenko is suspected under Part 1 of Article 438 (violation of the laws and customs of war) of the Criminal Code of Ukraine.