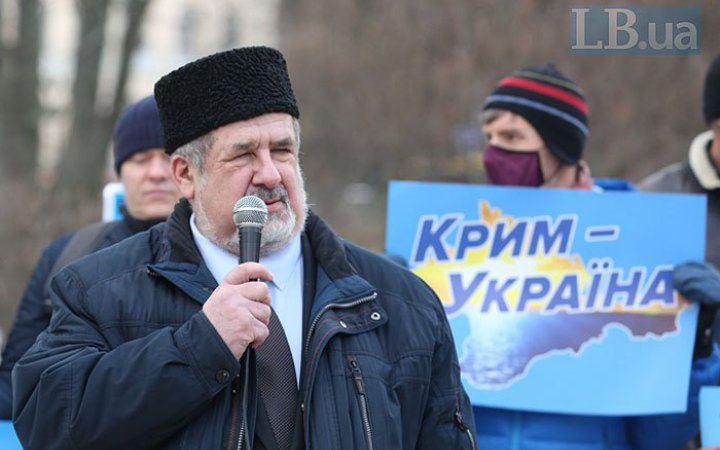 The Majlis of the Crimean Tatar people calls on all Crimean residents to start an indefinite protest against the illegal and criminal mobilisation of Crimean residents - citizens of Ukraine to the Russian army. The protest is planned to be held in the central square of Simferopol, Majlis chairman Refat Chubarov has said.

"The forced mobilisation of residents of the temporarily occupied Crimea to the army of the occupying state, being conducted by the Russian occupying administration, is a gross violation of the Geneva Convention relative to the Protection of Civilian Persons in Time of War of 12 August 1949, Article 51 of which states: "The Occupying Power may not compel persons under its care to serve in its armed or auxiliary forces. Any pressure or promotion of voluntary enlistment is prohibited," Chubarov stressed.

He recalled that all Crimean residents who permanently resided on the peninsula as of 27 February 2014, despite their forced passportization, are citizens of Ukraine.

He noted that in the lists of mobilised citizens of different nationalities Crimean Tatars make up a number that significantly exceeds their proportional representation in the population of Crimea.

"In some settlements and regions, the number of Crimean Tatars to be mobilised is up to 80-90% of the number of persons included in the lists," Chubarov said.

In his opinion, this disproportion reveals a terrible plan of the military-political leadership of the Russian Federation, which is the targeted destruction of the adult male population of the indigenous Crimean Tatar people.

In addition, the illegal mobilization is being conducted in an openly rude, violent and degrading form.

The Majlis appeals to all residents of Crimea - citizens of Ukraine with the following:

1. To oppose the illegal and criminal mobilisation of Crimean residents - citizens of Ukraine to the armed forces of the Russian Federation by the Russian occupying administration.

2. To establish the central square of Simferopol as the only place for the all-Crimean protest by Crimean residents against the illegal and criminal mobilisation to the armed forces of the Russian Federation.

3. Calls on all residents of the temporarily occupied Crimea to start an indefinite protest against the illegal and criminal mobilisation of Crimean residents - citizens of Ukraine to the armed forces of the Russian Federation in the central square of Simferopol on the following days and times:

4. All residents of Crimea, both those who have already been illegally mobilised by deception and violence against their will, and those who will be mobilised by the Russian occupying authorities, should flatly refuse to serve in the armed forces of the Russian Federation on the following grounds:

- the presence of Ukrainian citizenship,

- refusal to become an accomplice to an international war crime committed by the Russian occupying administration,

- refusal to participate in crimes against their own state - Ukraine and their fellow citizens.

5. In the event that a resident of the temporarily occupied Crimea - a citizen of Ukraine due to insurmountable obstacles still finds himself in the ranks of the Russian army, the Majlis calls on them to immediately lay down his arms and defect to the Armed Forces of Ukraine.

The Majlis of the Crimean Tatar people is aware of the complexity of the choice that every resident of Crimea - a citizen of Ukraine of enlistable age is facing due the Russian occupying administration.

At the same time, the Majlis proceeds from the fact that none of the residents of Crimea can and should become an accomplice to the international crime committed by the Russian occupiers.

"Know and be sure - the criminal Russian regime is doomed to defeat, and the liberation of Crimea from the Russian occupiers is inevitable!" Chubarov concluded.

Earlier, it was reported that the Russian occupying authorities in Crimea continue criminal actions against the Crimean Tatars. Now they are trying to get rid of them through mass conscription into the ranks of the occupying army.