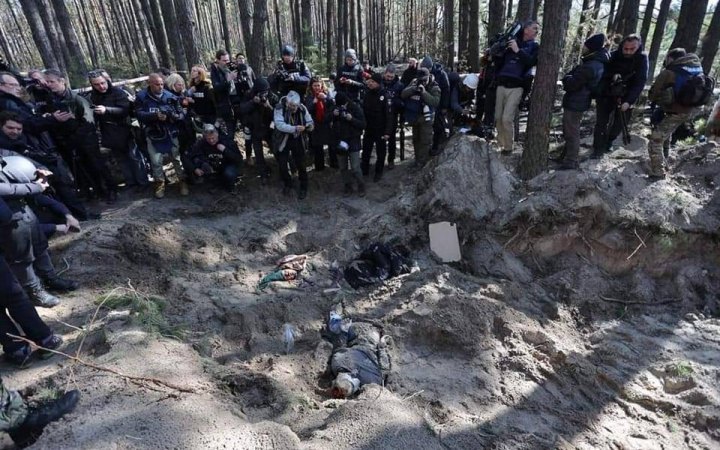 Investigators from the United Nations have found evidence of war crimes committed by the russian military in Ukraine. This was stated today by Eric Mose, chairman of the Investigation Commission of the UN Human Rights Council, Deutsche Welle reports.

"Based on the evidence gathered by the Commission, it has concluded that war crimes have been committed in Ukraine," he said.

The Commission has been working since May to investigate war crime allegations in Kyiv, Kharkiv, Sumy and Chernihiv Regions.

"We were struck by the large number of executions in the areas that we visited. The commission is currently investigating such deaths in 16 towns and settlements,'' Erik Mose said.

The commission's report highlights several areas in which the actions of the russian army were particularly atrocious. These include indiscriminate attacks on civilian areas, executions, torture, sexual and gender-based violence.

The commission reported that russia's "use of explosive weapons with wide area effects in populated areas is a source of immense harm and suffering for civilians" and that a number of attacks "had been carried out without distinguishing between civilians and combatants," including with the use of "cluster munitions or multi-launch rocket systems and airstrikes in populated areas."

The statement cited 16 towns and settlements where there are ongoing investigations into executions, with credible allegations of many more cases.

There were consistent accounts of mistreatment and torture from the victims. Some of them were taken by the russians to their territory and held there for weeks. Some victims have reportedly disappeared.

Commission chairman Mose also said they had found evidence of an unspecified number of russian soldiers who had committed crimes of sexual or gender-based violence. Their victims' ages ranged from 4 to 82 years old.

"The Commission has documented cases in which children have been raped, tortured, and unlawfully confined," the statement said.

According to preliminary data, the russian army committed about 40,000 war crimes in Ukraine. The extents of torture and extermination of civilians are mostly revealed after the de-occupation.