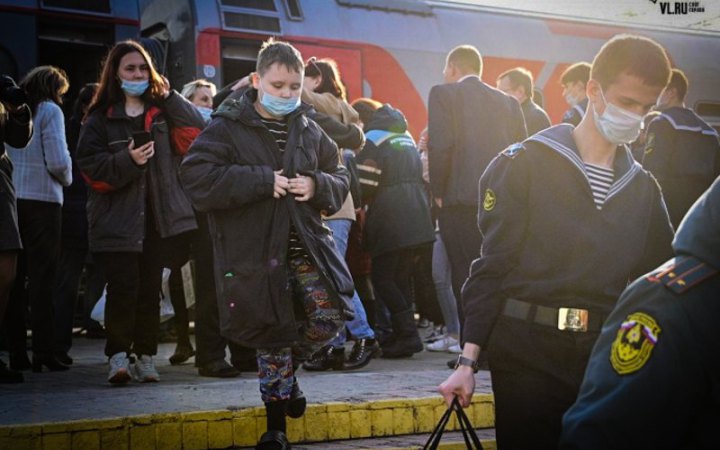 Children and adults being forcibly deported from Mariupol
Photo: Petro Andryushchenko on Telegram

Russian troops have deported from 900,000 to 1.6 million people from Ukraine - US Ambassador to the UN Human Rights Council Michelle Taylor said according to The Guardian.

She urged a UN-mandated commission to “examine the growing evidence of russia’s filtration operations, forced deportations and disappearances”.

“Numerous sources indicate that russian authorities have interrogated, detained and forcibly deported between 900,000 and 1.6 million Ukrainian citizens,” she said.

Before deporting peaceful Ukrainians, the occupiers force them to go through the so-called filtration camps. There they are interrogated, forced to undress to check their tattoos, and often subjected to physical abuse. Some people do not return from such camps.

Moreover, russian troops abduct and deport Ukrainian children, who are then given for illegal adoption in russia. The procedure of such "adoption" involves the destruction of all documents and information about the birth parents and allows changing the name.