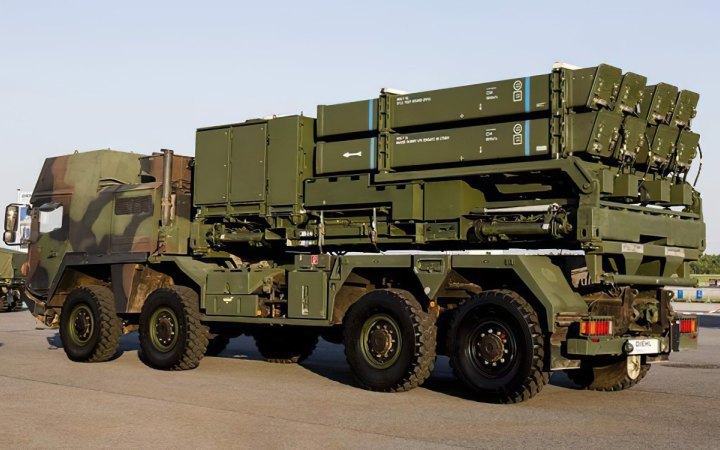 IRIS-T air defence systems, which are being manufactured specifically for Ukraine, are not in service with the German army - German Ambassador to Ukraine Anka Feldhusen stated in an interview with "European Pravda".

"The Bundeswehr does not have them. I don't know if I'm answering correctly, but we are inside NATO, and air defence is kind of all around us. When I was in Poland, I saw all these Patriot and others, in Germany I have never seen them," Anka Feldhusen said.

According to her, the first system is likely to be delivered in October, the second - by the end of the year.

"They are being produced now, and I really hope that the second one will be ready by the end of the year, and the rest - next year. It does not depend on political will, the decision has been clearly made. These are the state-of-the-art systems, but the supply chain for production is complicated," the ambassador explained.

The IRIS-T SLM system has a range of 40 km and altitudes up to 20 km. IRIS-T SLM can shoot down combat aircraft, helicopters, cruise missiles, rocket artillery, drones, and anti-radar missiles.

Germany has already provided Ukraine with six Gepard self-propelled anti-aircraft guns and 6000 rounds of ammunition for them.