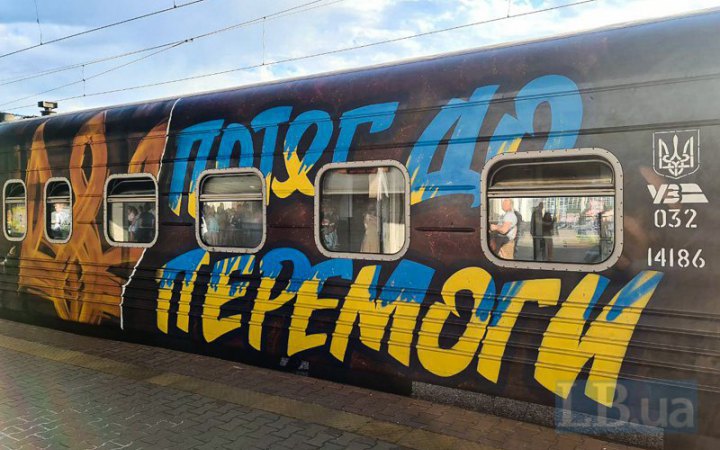 Ukrzaliznytsya launches a train from Kyiv to Kherson, liberated from Russian occupiers, the Adviser to the Head of the Kherson Regional Military Administration Serhiy Khlan reported on Facebook.

The first train will depart today at 22:14 from the capital, and tomorrow, approximately at 09:00, it will arrive in Kherson.

"It will carry about 200 passengers who have purchased a "ticket to victory", the railcars have been painted by Ukrainian artists," Khlan said.

He added that trains are to depart from Kyiv on even dates and from Kherson - on odd ones.

Currently, Ukrzaliznytsya has launched ticket sales to the sixth city where you can go after its liberation from Russian invaders - Sevastopol. As part of the "Tickets to Victory" project, 2.5 thousand tickets have already been sold.