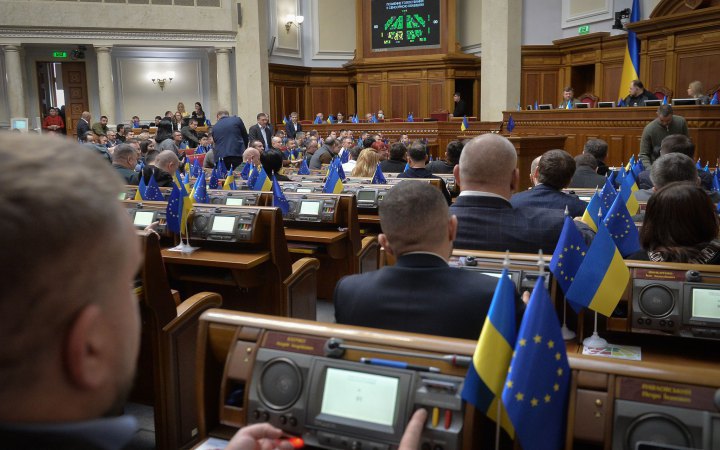 On 1 December, the Verkhovna Rada of Ukraine adopted the Resolution on the Statement on recognising the Russian regime as a terrorist one, the illegitimacy of the Russian Federation's membership in the United Nations and the need for its reform.

314 MPs voted for the resolution, the correspondent of LB.ua reports.

The explanatory note emphasises that the UN is the main universal international organisation entrusted with the responsibility to maintain peace and security in the world.

"The temporary occupation of the Autonomous Republic of Crimea and certain districts of Donetsk and Luhansk regions, which has been going on since 2014, as well as the full-scale invasion of the Russian Federation, which began on 24 February 2022, have demonstrated that the UN is unable to fully fulfil its responsibilities," the deputies emphasise.

The reason for this inability is, among other things, the legal mechanism of veto by permanent members of the UN Security Council - the main body that should maintain peace and security under Article 24 of the UN Charter.

"Repeated vetoes of the Russian Federation on the Security Council resolutions concerning the response to its own aggression against Ukraine completely block the activities of this key body and significantly weaken the role of the UN in stopping the Russian aggression."

In addition, the MPs drew attention to the fact that the Russian Federation is in the UN illegitimately.

"Although Russia claims to continue the membership of the USSR, in fact, on 26 December 1991, the Council of Republics of the Supreme Soviet of the USSR clearly stated that " upon the establishment of the Commonwealth of Independent States, the USSR as a state and a subject of international law ceases to exist", and therefore the Russian Federation cannot acquire the status of a USSR successor state. All the above factors determine the urgency of the issue of reforming the UN," the parliamentarians called.

That is why the Verkhovna Rada appealed "to the parliaments and governments of foreign countries to recognise the need for UN reform, to promote restricting the veto right of the UN Security Council permanent members, to raise the issue of illegitimacy of the Russian Federation's membership in the UN, to recognise the terrorist nature of the Russian state under the current political regime, and to hold accountable those who contribute to the Russian aggression against Ukraine".