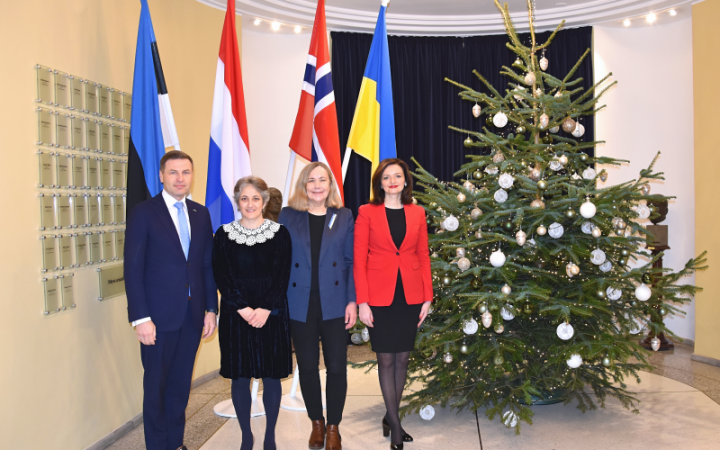 Estonia will send a field hospital to the Ukrainian military - it is the third one, Estonian Defence Minister Hanno Pevkur tweeted.

“This time together with our good friends from Norway and The Netherlands,” he said.

Estonia will send already third military field hospital to Ukraine. This time together with our good friends from Norway and The Netherlands. @DefensieMin @Mariana_Betsa @Bjornarildgram @oleksiireznikov pic.twitter.com/mauxnl24YN

The hospital is called Role 2, the Estonian Ministry of Defence noted. The field hospital will be provided by the Estonian Defence Forces, while Norway and the Netherlands will contribute funds. The trilateral cooperation will also include the procurement of container trucks and trailers, sanitary, storage and accommodation modules, and medical supplies for an upgrade of the Role 2 field hospital that will be donated to Ukraine. The training of the Ukrainian medical forces on the use of the field hospital will be conducted by Ukrainian and Estonian experts with the support of the Netherlands.

The Minister of Defence of the Netherlands Kajsa Ollongren said that recent successes on the battlefield proved that the Ukrainian strategy was working. Enduring international military support is crucial, especially now winter has arrived and Russia is continuing its attacks on civilian infrastructure. The fighting is far from over, so it is necessary to stay the course.

The Norwegian Minister of Defence Bjorn Arild Gram noted that the field hospitals that had been already donated proved very useful and highly valued by the Ukrainian military forces. The Ukrainian authorities requested Estonia to donate more hospitals.

The Estonian Defence Ministry added that the war is bringing allied and like-minded countries closer than ever and is strengthening cooperation.

🇪🇪#Estonia 🇳🇱 #Netherlands and🇳🇴#Norway will donate a field hospital to 🇺🇦 #Ukraine️. The war is bringing allied and likeminded countries closer than ever and strengthening cooperation. #Ukraine must win and can win with our support. #SlavaUkraini #StandWithUkraine pic.twitter.com/oyYsWtVVBk

Estonia handed over the first Role 2 field hospital for Ukrainians before the full-scale invasion, in early February 2022. The second - in September.