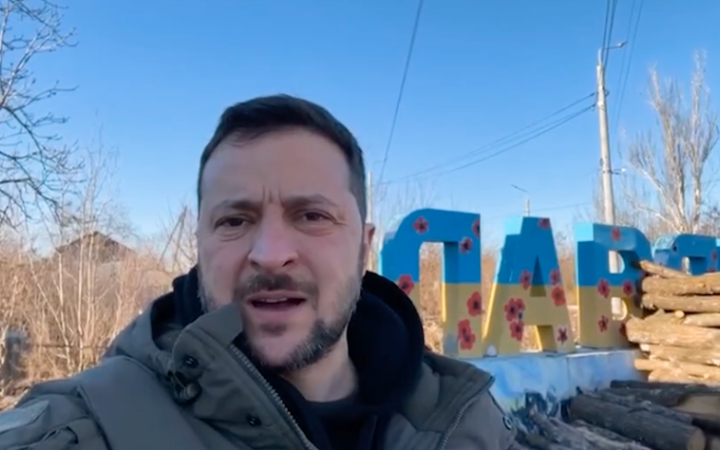 President Volodymyr Zelenskyy arrived in Donetsk Region. He recorded a video congratulation on the National Armed Forces Day at the entrance to Slovyansk.

The video was published on the President's Telegram.

"Year after year, we have been on air from different places, honouring our warriors. Reporting from different cities of our state. And we always start by commemorating our fallen heroes. All those who gave their lives for Ukraine. Everyone whose bright memory I ask to honour with a minute of silence. Find this minute today," he said.

Zelenskyy added that the Ukrainian troops have been defending our state for 30 years of independence, eight years of war in the east, and nine years of a full-scale invasion.

"Traditionally, I celebrate this day on the frontline with our warriors. Today, in Donbas," the President noted.

He added that someone had called himself "the second army of the world", and now everyone sees who is the first. The President emphasised that the way to free Ukraine lies through free Donetsk, Luhansk and Crimea.