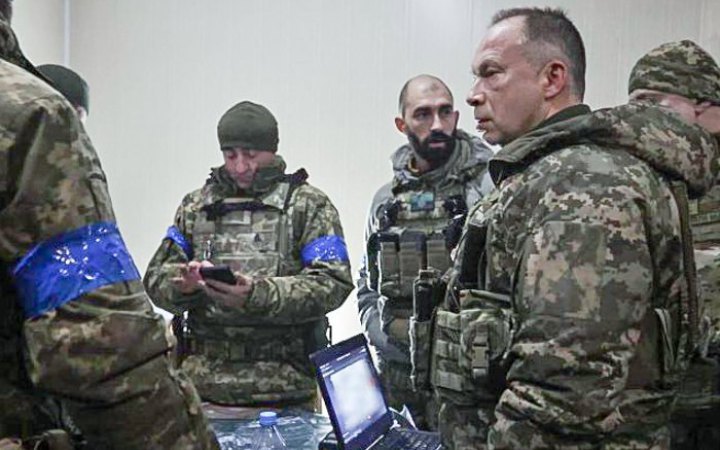 Syrskyy during a visit to Soledar and Bakhmut.
Photo: Land Forces of the UAF

The Commander of the Land Forces of the Armed Forces of Ukraine, Colonel General Oleksandr Syrskyy visited the troops defending Bakhmut and Soledar, the Ukrainian Media Center reports.

According to the message, in Soledar, Syrskyy directly carried out specific measures to organize defenсe, strengthening the positions by redeploying additional units and increasing the degree of enemy fire damage.

"The enemy once again made a desperate attempt to storm the town of Soledar from different directions and threw the most professional units of the Wagnerians into the battle. At the same time, thanks to the courage of our defenders, skilful and competent use of fire, the enemy suffered significant losses and once again retreated, despite its propaganda statements about the allegedly captured Soledar," the Commander of the Land Forces said.

Yesterday, in his evening address, President Volodymyr Zelenskyy said that Bakhmut and Soledar remained the hottest spots on the frontline. Additional troops will be deployed there.