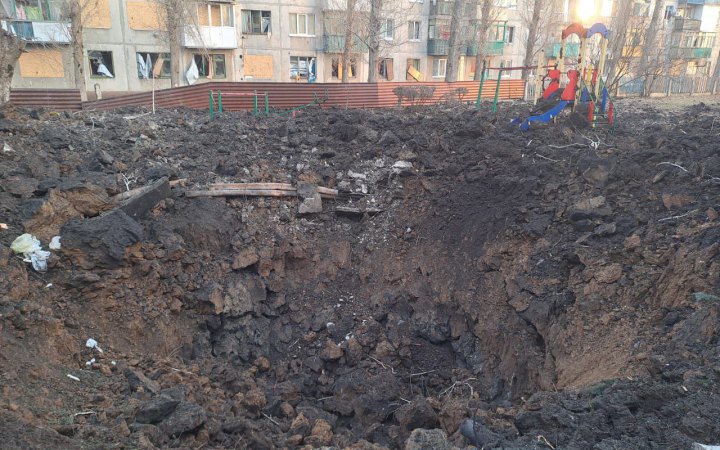 A Russian missile fell near a kindergarten in Kramatorsk, Donetsk Region, on the morning of 20 January, Pavlo Kyrylenko, the head of the Donetsk regional military administration, has said.

"In the morning, the Russians launched a missile attack on Kramatorsk - the missile fell near a kindergarten," Kyrylenko noted.

He added that one person was wounded as a result of the shelling of Kramatorsk.

Russians hit a kindergarten and a health centre during the shelling. A school and residential high-rise buildings were also damaged.

"Every day Donetsk Region is subjected to numerous enemy attacks and shelling - the Russians are trying to kill as many of our people as possible," the governor noted.