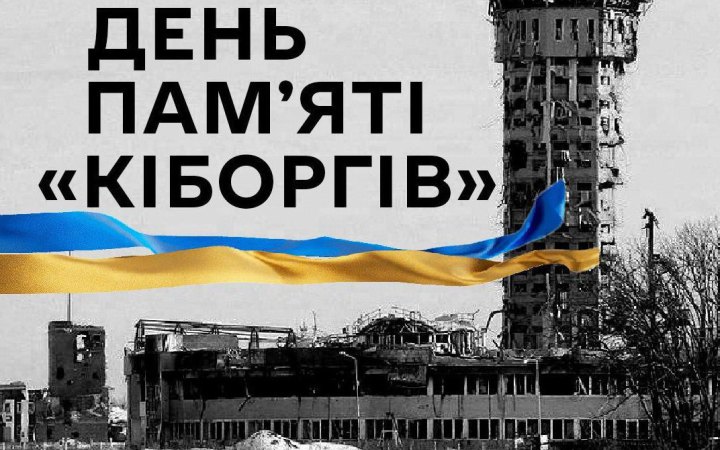 Today, Ukrainians honour the memory of the "cyborgs" who had defended Donetsk airport for over 242 days. They have become a symbol of fearlessness and resilience. Ukraine remembers every hero, President Volodymyr Zelenskyy said on Telegram.

"Today we honour the memory of the military, volunteer fighters and army support volunteers who are a symbol of fearlessness and resilience. Those who are stronger than concrete. Our 'cyborgs' who, holding their weapons tight for more than 242 days, proved that Ukrainians would not give up theirs without a fight, would not retreat and would defend their home," the head of state said.

He thanked the defenders for their feat.

"We remember every hero!" the president emphasized.

The battle for Donetsk airport lasted from 26 May 2014 to 22 January 2015. The battle ended after the complete destruction of both terminals.