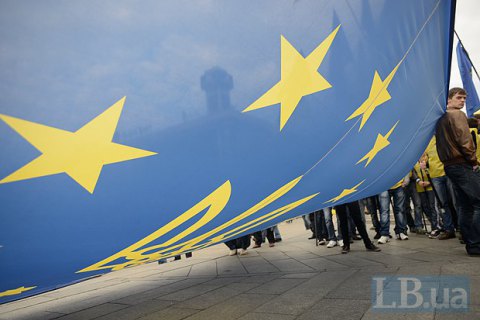 The free trade area between the EU and Ukraine as part of the association agreement signed in June 2014 came into force on 1 January 2016. The free trade area means the sides will open their markets of goods and services to each other, which in particular is expected to give Ukrainians access to cheaper goods of higher quality.

According to independent studies, the implementation of the association agreement and the deep and comprehensive free trade area as part of it will give Ukraine an additional 6 per cent growth of GDP in the medium term while Ukrainians' well-being is likely to increase by 12 per cent. Ukraine can achieve much higher results if it implements true reforms planned by the agreement because they will improve business climate and make the country more conducive to foreign investment and technology exchange.

The Ukrainian Economic Development and Trade Ministry, for its part, said that as part of the free trade deal, 70 per cent of European goods will be charged zero duty as of 1 January 2016. However, EU goods are not expected to flood the Ukrainian market yet as the remaining 30 per cent will go through a period of transition or restrictions. The devaluation of the hryvnya will also make many local products more competitive than those from the EU.