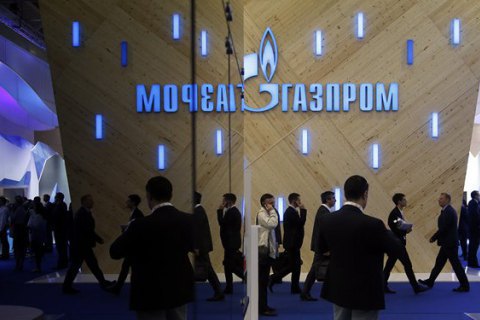 The Russian gas monopolist Gazprom has issued another bill to Ukraine for unpurchased gas under the take-or-pay clause. The Russian news agency RIA Novosti has said that it concerns the third quarter of 2015 when the Ukrainian oil and gas company Naftohaz Ukrayiny refused to buy overpriced fuel. The Russian company is demanding 2.5bn dollars.

"In accordance with the effective contract on the sale and purchase of gas between Gazprom and Naftohaz Ukrayiny, the customer must pay for a minimal volume of gas annually. Based on the terms of the contract, the minimal annual volume of gas in the third quarter of 2015 was 10.485bm cu.m. Considering this and the volume of gas supplied by Gazprom to Ukraine in the third quarter of 2015, Naftohaz was issued with the bill of 2.549bn dollars," Gazprom said in a statement.

The company has 10 days to pay the bill.

The take-or-pay clause was not applied in the second and fourth quarters.

The Stockholm arbitration already has the Russian lawsuits for 18.5bn dollars for the underconsumption of gas in 2012-13 and for 8.2bn dollars for 2014.

Russia believes that in accordance with the contract expiring in 2019, Ukraine must buy 52bn cu.m. of gas from Gazprom annually, with the take-or-pay clause applicable to 41.6bn cu.m.