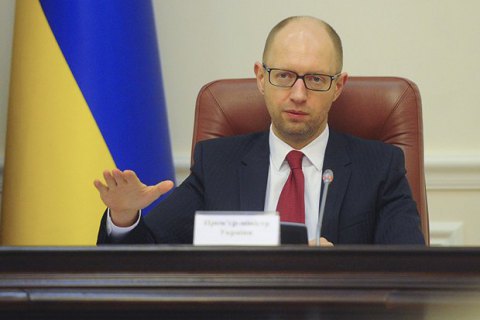 Ukraine has expanded the trade embargo on Russian goods by 70 commodity items, Prime Minister Arseniy Yatsenyuk said at a government meeting on 20 January.

"Today the Cabinet of Ministers decided to expand the list of goods which cannot be imported from the Russian Federation. I mean an additional list of more than 70 commodity items. These being the countermeasures in response to the Russian economic aggression, we will further protect our domestic market. Like the Armed Forces of Ukraine protect the country's territory, the government will protect our economic territory," he said.

"Buy Ukrainian. Let Russians sell their products to themselves," he added.

The ban on the import of Russian goods is in place until 5 August 2016 and can be extended.