Finally Brexit. What Britain and Ukraine should expect
Eight Ukrainians died of botulism in 2017 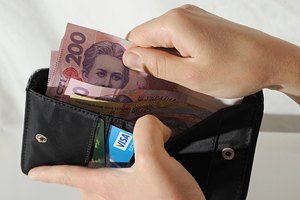 In 2015, Ukrainians paid the war fee worth a total of 9.154bn hryvnyas (about 410m dollars) to the state bydget, the Fiscal Service has said. This is 17.4 per cent above the target.

In December 2015, the state budget received 1.1bn hryvnyas from the war fee, or 38.5 per cent above the target.

The 1.5-per-cent war fee was introduced on 3 August 2014. It is paid by resident individuals as well as non-residents receiving income in Ukraine. The war fee is charged on salaries, lottery and gambling wins.

The revenues of the 2015 state budget were set at 517bn hryvnyas.