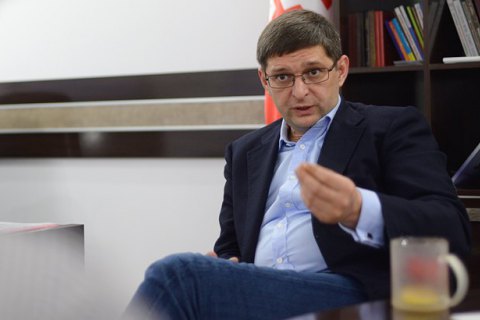 "One of the main questions (during the reformatting of the government - editorial note) is the portfolio of the first deputy prime minister. The key candidate for the post is a deputy head of the presidential administration, Vitaliy Kovalchuk. It is believed that Kovalchuk has overgrown his deputy post. His achievements during the election campaign, especially the Our Land project (LB.ua has learnt that the presidential administration considers this experiment a success which should continue with a view to the next parliamentary election), gives him certain reasons to expect a career rise," she said.

"As for Kovalchuk, as one may judge, he is rather inclined towards the post of a deputy prime minister. First, it is a new horizon for him. Second, it is a public domain which he has obviously been missing. Third, Bankova [Street, the seat of the presidential administration] badly needs its own man in the Cabinet of Ministers. A sort of a 'handler' for Yatsenyuk. Hennadiy Zubko [incumbent first deputy prime minister] is clearly not good for the job as we see. The president has given his 'consent' in principle, and [Ihor] Kononenko is already canvassing votes for Kovalchuk. The problem is that the appointment of the first deputy prime minister requires the prime minister's consent. And he does not need Kovalchuk as his first deputy. Absolutely. Yatsenyuk is not going to give his consent. Neither the People's Front (most members) is going to give its votes," Koshkina said.