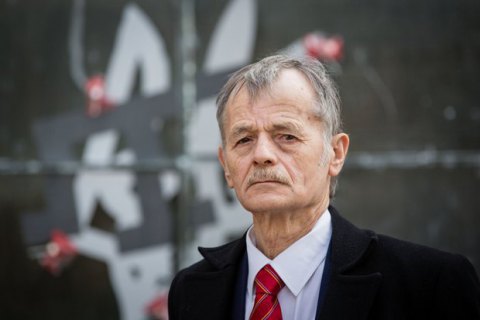 The Simferopol Kievskiy district court on 20 January arrested the leader of the Crimean Tatar people and an MP of the Petro Poroshenko Bloc, Mustafa Dzhemilyev, in absentia, his lawyer Dzhemil Temishev has said on Facebook.

"Explaining their motion, the investigator and the prosecutor said that the criminal case against Mustafa Dzhemilyev was opened in line with three articles of the Russian Criminal Code and that he had been hiding from investigation and justice, can put pressure on witnesses and destroy the evidence, that he is a citizen of another state and has no permanent place of residence in Crimea. The court upheld the motion and ruled that Dzhemilyev should be put in custody in absentia," he said.

Dzhemilyev is on a federal wanted list, he added.