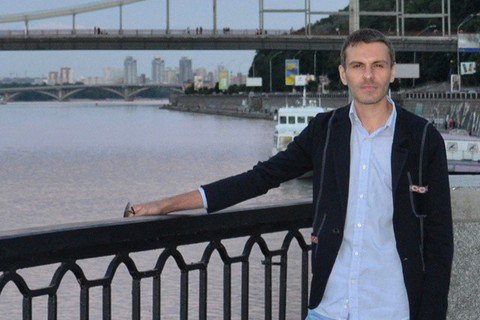 A Kuzbass blogger and journalist, Dmitriy Shipilov, who served a term in a remand centre for slandering the governor of Russia's Kemerovo Region, Aman Tuleyev, has been granted political asylum in Ukraine.

"The 10-month saga is finally over," he said on Facebook. He also attached the photo of a refugee card.

According to Mediazona, in April 2012, Shipilov, then a Novosibirsk resident, was sentenced to 11 months of correctional work under Article 319 of the Criminal Code (slander against officials) for his several posts on LiveJournal critical of Tuleyev. The blogger moved to Moscow Region and joined the Novyy Region news website.

Two years later, he was detained by the operatives of the Kemerovo extremism unit in Moscow Region. It transpired that a court had replaced the correctional work sentence with three months and 20 days in a penal colony settlement, therefore he was put on a wanted list. He was convoyed to the Kemerovo remand centre. At the same time, the blogger learned that another criminal case was opened against him in January 2013 over a post about Tuleyev.

On 29 December 2014, Shipilov was released from a remand centre after his term expired. The investigation into the second criminal case continued in the meantime, which prompted the blogger to leave Ukraine.

In November 2015, the organizer of a march for the federalization of Kuban, Vyacheslav Martynov, was granted political asylum in Ukraine.