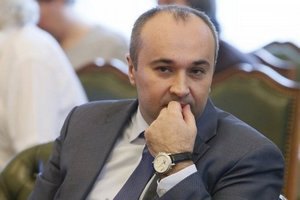 The Kiev district administrative court has rejected as illegal the National Bank of Ukraine's (NBU) 22 October 2014 order to dismiss Borys Prykhodko as deputy head of the NBU, and reinstated him in his post.

The court ruling dated 28 December 2015 says he must be paid the outstanding arrears for the period of his forced absence.

Prykhodko, who was dismissed in line with the law "On the cleansing of authorities (vetting), said in his lawsuit that he was not subjected to a vetting procedure.

Prykhodko joined the NBU as its first deputy head in December 2012. In March 2015, Volodymyr Krotyuk was appointed the first deputy head of the NBU while Prykhodko was downgraded to a deputy head. Thus, according to formal critera, he had to be vetted and dismissed, therefore he was reinstated only because some procedural requirements were not followed.

On 31 July 2014, Prykhodko was detained by the Prosecutor-General's Office. Investigators found that in February 2014, Prykhodko, acting in association with the board chairman of the Agrarian FUnd company, Oleksandr Kyryuk, and the supervisory board chairman of the Brokbusinessbank, Denys Buhay, misappropriated over 2bn hryvnyas of the Agrarian Fund company. A court arrested Prykhodko and assigned a bail of 200m hryvnyas.

In December 2014, it was reported that he was released. The Prosecutor-General's Office has not provided any official information on the matter.