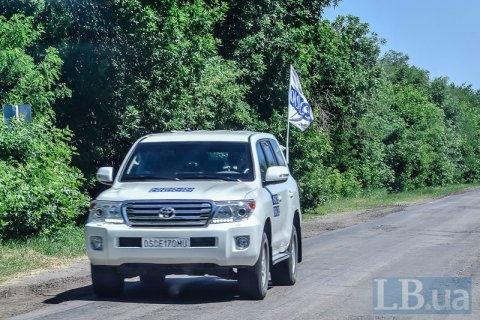 Illegal armed gangs shot at a patrol car of the OSCE Special Monitoring Mission in Maryinka, an area in Donetsk Region beyond the Ukrainian government control. The team was not hurt, the Interfax-Ukraine news agency has quoted Ukraine's representatives in the Joint Centre for Coordination and Control (JCCC) as saying.

"Today, 16 January, a sniper of an illegal armed gang operating in certain areas uncontrolled by the Ukrainian government shot at an OSCE mission patrol. SMM representatives were not hurt, their lives are not at risk, but their car is damaged," the JSCC said in a statement published on the Ukrainian Defence Ministry's website on 16 January.