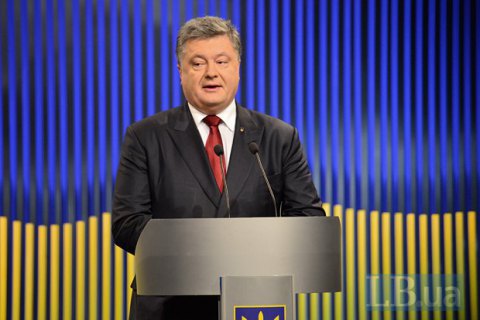 President Petro Poroshenko has denied inviting the Russian representative in the contact group on a Donbas settlement, Boris Gryzlov, to Ukraine. He said this in the wake of his news conference on 14 January 2016, the first one this year.

When asked by LB.ua whether media reports to this effect were true, the president said: "No".

Later, he told journalists: "I have already said I met him. Not tete a tete but within the trilateral [contact] group."

When he was reminded that Gryzlov is on the EU sanction list, he replied by saying that members of official delegations are exempt from sanctions.

The Zerkalo Nedeli website quoted its source as saying that Gryzlov had visited Kiev on Poroshenko's personal invitation.