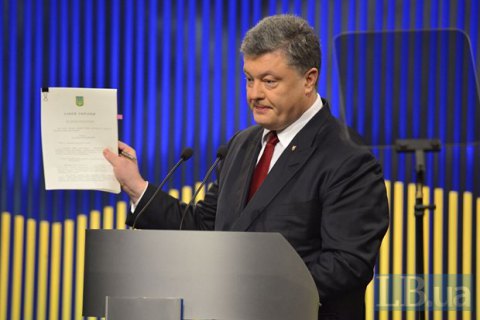 President Petro Poroshenko has signed the law to establish the State Investigation Bureau, which was passed by parliament on 12 November 2015.

He did this during a news conference on the results of 2015 when he was asked why high-profile corrupt officials of the previous government had not been punished.

He said that he signed the law despite having some reservations.

The State Investigation Bureau is an executive agency tasked with prevention of organized crime, counteraction to terrorism and other grave violence.