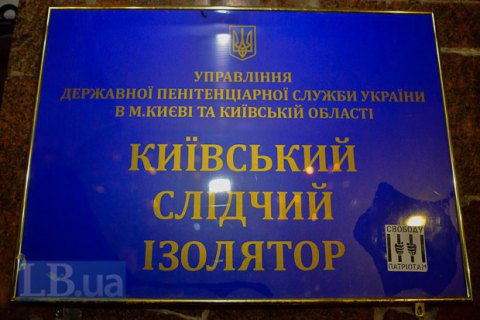 The Kiev prosecutor's office has initiated yet another investigation into the actions of the Kiev remand centre staff over the death of a detainee in the early hours of 14 January 2016.

The press service of the prosecutor's office has said on Facebook that, according to preliminary medical conclusions, a 35-year-old man, who was sentenced to six years in prison and has been kept in this ward since July 2015, died of an acute cardiovascular disease.

A pre-trial investigation is under way.

As reported earlier, a member of the far-right White Hammer organization, Makar Kolesnikov, died in the Lukyanivskyy remand centre on 1 January.