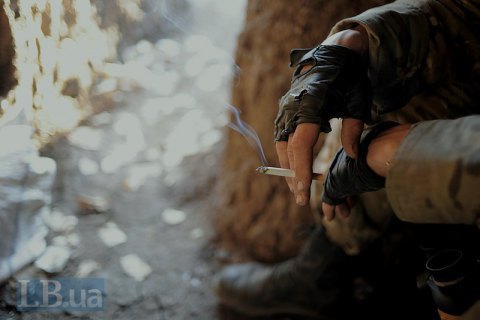 During the day the pro-Russian separatists continuously fired on the antiterrorist operation (ATO) troops in Donbas, the ATO HQ has said on Facebook.

No armed incidents were recorded in Luhansk Region and in the Mariupol area, unlike in Donetsk and on the Horlivka-Svitlodarsk salient where shooting was incessant.

The militants shot small arms and grenade launchers from Donetsk airport in the direction of ATO strongpoints near Opytne and Pisky. The separatists from the northern outskirts of Donetsk were targeting Avdiyivka.

The situation near occupied Horlivka remains tense. The militants opened fire near Novhorodske and Zaytseve. Several shooting attacks with small arms, grenade launchers and heavy machine guns were registered in Luhanske. There was a brief engagement between the ATO troops and a small group of militants. The latter had to retreat after the Ukrainian troops returned "effective fire", the ATO said.

A total of 37 cease-fire violations have been registered since the start of the day. Heavy arms have not been used.

The trilateral contact group, which met in Minsk today, agreed a full cease-fire in Donbas. The Ukrainian authorities and the separatists will also have to release over 50 prisoners each.