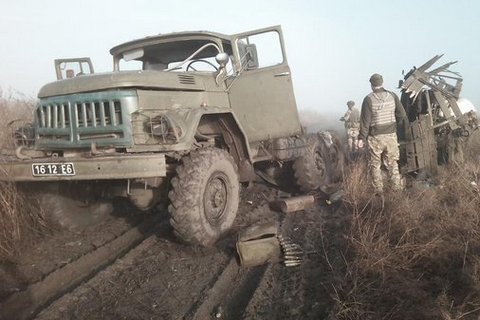 Since 13 January 2016, two Ukrainian servicemen have been wounded and no-one killed in the antiterrorist operation (ATO) area in Donbas, the presidential administration's spokesman for ATO issues, Oleksandr Motuzyanyk, has said at a briefing.

"A lorry of the Ukrainian Armed Forces has hit a landmine near Mariupol. Two servicemen were wounded as a result. The ATO troops have taken no other casualties over the 24 hours," he said.