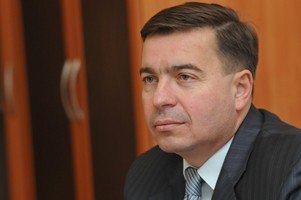 Ukraine should not amend the constitution to give a "special status" to the occupied areas of Donbas because these changes were dictated by Russian President Vladimir Putin and are part of his plan of full destabilization in Ukraine, ex-MP Taras Stetskiv said in his commentary on LB.ua.

"In fact, the amendments to the constitution which should ensure a "special status" for a part of Donbas are only an element of Putin's plan who seeks to fragment, disintegrate and subdue the Ukrainian state," he said.

The Minsk agreements do not have a status of an international legal document and do not refer to Ukraine as a subject of international law. From this point of view, they are nothing, therefore they have no legal force and do not ensue any commitments which the Ukrainian side has undertaken, including a commitment to change its constitution," he added.

In his opinion, the conditions put forward by Putin within the framework of the Minsk agreements are aimed at turning the occupation of Donbas into an internal civil confrontation all over Ukraine.

He insists that parliament should find a political will to reject the bill on amendments to the constitution if they contradict the country's interests.

As reported earlier, it transpired on 19 January that the presidential administration decided to put the adoption of the amendments to the constitution on the back burner.