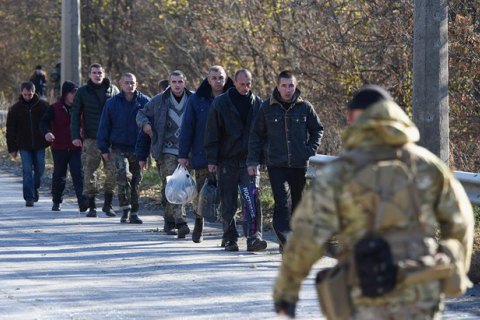 The meeting of the trilateral contact group in Minsk has ended, the press secretary of Ukraine's representative Leonid Kuchma, Darya Olifer, has said. She specified that the negotiators representing the self-proclaimed Donetsk and Luhansk people's republics practically refused to exchange prisoners.

She also quoted Kuchma as saying that any progress in the implementation of the Minsk agreements depended on a cease-fire, however the militants continued shooting.

"Unfortunately, the recommendations of the trilateral contact group, I would like to emphasize that these are recommendations because we are not a body whose decisions are binding - are not being implemented. Without stopping the fire and observing the silence, without fully withdrawing heavy weapons and having it confirmed by the OSCE SMM, without restoring our control over the Ukrainian-Russian border, we cannot speak either about an election, or about changes to the Constitution of Ukraine, not to mention the settlement of humanitarian, economic problems and mine clearance," Ukraine's representative in the trilateral contact group, Leonid Kuchma, said. "Without meeting these fundamental conditions of ensuring security, it is impossible to carry out the respective procedures of legislative changes in the Supreme Council. And then: Ukraine is a democracy. We do not have a pocket parliament which would take decisions on orders from someone above."

Ukraine is also concerned about last week's attacks on representatives of the OSCE SMM in the area of Donbas not controlled by Ukraine. This means the conditions for the SMM work in some areas of Donetsk and Luhansk regions have deteriorated.

The next meeting of the trilateral contact group is scheduled to be held in Minsk on 27 January.

At its last meeting on 13 January, the trilateral contact group agreed on a full cease-fire and an exchange of over 50 prisoners by each side. However these agreements have not been implemented.