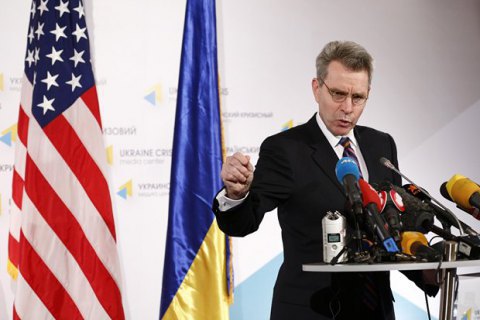 The US ambassador to Ukraine, Geoffrey Pyatt, has called on the Ukrainian parliament to vote for constitutional amendments concerning decentralization. He made a statement to this effect at the 23 January conference of the Association of Ukrainian Tows, according to UNIAN.

"An extremely important window of opportunities to implement systemic changes and deepen reforms in all aspects of life and at all levels of administration has opened to Ukraine. Therefore it is time to drive significant changes to implement what was promised on Maydan. One of the most important elements of the process of reforms in Ukraine is to create an environment which would be favourable to decentralization and to the development of local government to bring authorities closer to people. It is important to pass and endorse the changes to the constitution which would strengthen these reforms and create a reliable basis for democratic governing," he said.

Pyatt added that the USA and Europe would closely follow this process.