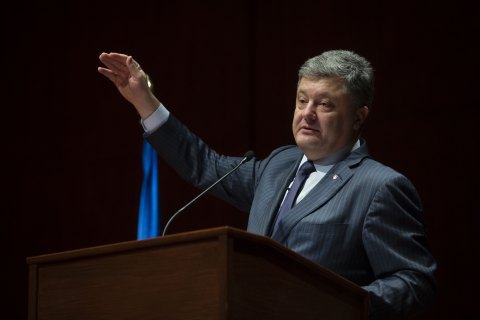 President Petro Poroshenko has stated that a new prosecutor-general of Ukraine will be highly professional, responsible, well-trusted.

He said this speaking at the Forum "Ukraine’s Battle for Freedom" in Capitol (Washington).

"The appointment of new highly professional, responsible, well-trusted prosecutor-general will trigger a new page in anticorruption policy of Ukraine," Poroshenko pointed out.

He also stated that that political crisis will be settled this week.

"I expect that in several hours, a new coalition in the Ukrainian Parliament will appear and propose a new candidate for Prime Minister. I am absolutely sure that the solution to the parliamentary crisis is already very close. Most probably, it will be achieved this week," Poroshenko said.

The President stated that the program of a new government would be based on IMF commitments, Association Agreement with the EU, anti-corruption fight and the Minsk agreements implementation.

As reported before, the Verkhovna Rada passed the resignation of Prosecutor-General Viktor Shokin on 29 March. Now the President is to dismiss him and appoint a new candidate for the parliament consideration.