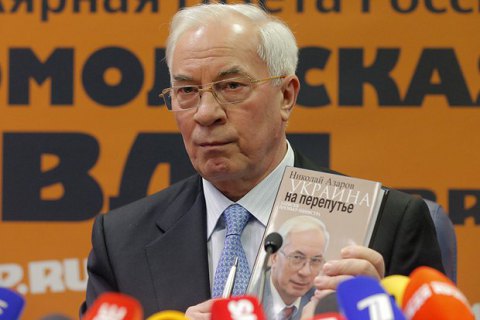 The Kiev Court of Appeals has found the arrest of pension of ex-Prime Minister Nikolay Azarov on the current account at the state Oshchadbank to be legal, the Prosecutor-General’s Office of Ukraine website reports.

"On 29 April, the Kiev Court of Appeals agreed with the prosecutor’s proofs and confirmed that the collected funds on the bank account for pension payments were the subject to be imposed limitations on according to the Article 170 of the Criminal Procedural Code of Ukraine, and found their arrest to be legal," the message writes

As reported before, on 21 December 2015, the Pechersky district court of Kiev arrested pensions of ex-President Viktor Yanokovich and Azarov. It was done on request of the investigator of the Prosecutor-General’s Office of Ukraine within the framework of the investigation of the criminal case on the conspiracy of Yanukovich and Azarov, ex-Finance Minister Yuriy Kolobov, ex-head of the "Ukrtelekom", Heorhiy Dzekov, director of LLC «ЕSU» Ilya Sopodovskyy.

They are charged with embezzlement of the state fund of 220m hryvnyas (8,320,986 dollars) from October 2010 to July 2013 by constructing the telecommunication net of the special purpose.

In February 2016, the Court of Appeals found the arrest of Azsarov’s pension to be illegal. Although, later the Pechersky district court of Kiev arrested the pension of the ex-prime Minister again.