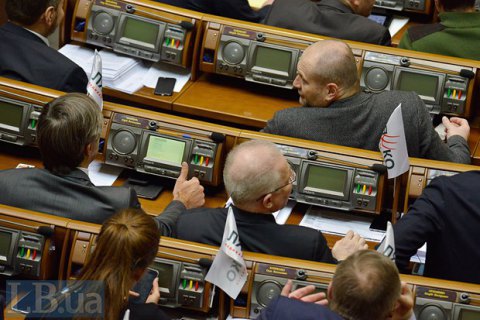 The factions of the Petro Poroshenko Bloc (PPB), the People's Front and Fatherland have failed to agree on forming a coalition, an LB.ua correspondent has reported.

Following the talks among the three factions, PPB MPs said that they had agreed to set up a working group to work out 20 bills to be later used as a basis for the functioning of a new coalition.

None of the three faction leaders made a statement.

The talks got stalled after the Fatherland put forward additional demands.

The Radical Party and Self-Help decided to stay in opposition.