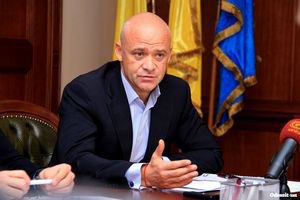 Odesa mayor Hennadiy Trukhanov has told the Segodnya daily that he does not hold Russian citizenship.

"Reports about my citizenship and offshores are wrong. They were earlier circulated by [former Odesa mayor] Eduard Hurvits. A complaint to court was filed then, and there is the resolution of [Odesa's] Prymorskyy district court which ruled this information to be untrue. The reply of the Russian consulate-general in Odesa was read out there, according to which I did not apply for citizenship and do not hold Russian citizenship. As for the rest, economic activity and bad things, which were circulated, I have to analyse the situation to see what to say and what to do. There was an outpouring of lies and a bad April Fools joke," he said.

The leaked files of the Panamanian law firm Mossack Fonseca, which were used during a global journalist investigation, allegedly mention Trukhanov as a co-owner of several offshore companies and say he holds a Russian passport.